Are you asking yourself is this the REAL Emma Peele? The answer is yes! Although Diana Rigg was fabulous in the role of Emma Peel on The Avengers, here is a little background on the Real Emma Peele.

Born in central Canada, and raised in British Columbia, I moved to New York to study acting at the American Musical and Dramatic Academy. The allure of New York drew me in, and I have been here ever since. As a child, I was always drawn to performance, often mimicking some of my favorite television characters to the delight (and sometimes chagrin) of my family. My sister and I loved to recreate scenes from such shows as Fawlty Towers, Monty Python’s Flying Circus, The Simpsons and various movies. I realized then that the only job for me would be to act, there was no other option.

The nuances of film and television have always intrigued me, and the freedom to create such memorable characters is what I strive for. Personally, I have had the privilege to appear on network television and in independent film both in New York and Canada.

While I love film and television, my passion lies within the theater. Whether making audiences laugh until they cry, or debate with their fellow patrons regarding the commentary of a play, there is nothing like the rush of the stage. Over the years, I have had the great opportunity to perform in numerous theatrical productions at a variety of world famous venues including Carnegie Hall, Madison Square Garden and the Mirage Ballroom in Las Vegas.

I want to thank you for visiting my website and taking the time to learn a little bit about me. I would also like to thank my incredible family for always being in the wings cheering me on. Without them, I would never be able to pursue the best career imaginable!

The current re-write of One Last Dance (my first feature screenplay) has been completed. Wow what a difference! Now for the editing!! 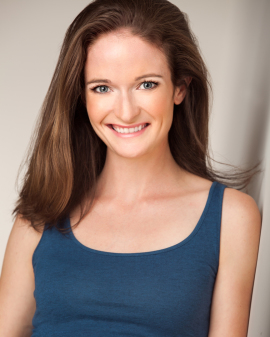